To be truly alive, is to be dead on the inside

Of course it doesn’t hurt to be dead on the outside as well. I can’t stress enough the freedom of completely embracing rock bottom on all fronts. But it’s what’s on the inside that truly counts, and if you want to live happily as a man it’s best that be nothing but charcoal and sawdust.

Think of all the times someone close to you has shared pictures of their fucking ultrasound. No, it doesn’t look like you. No, I don’t see the head. And no, it certainly isn’t adorable.

The only thing it resembles is a static screen on an old tube television. But at least that eventually leads to finding the right channel to play some SNES.

I don’t even want to know the amount of times I’ve narrowly avoided an aneurysm being subjected to such drivel. I’ve learned the best way to bypass an early stroke is to completely remove whatever emotional core is trying to digest this shit so that it just passes through your system completely unnoticed.

Then the next time you’re looking at yet another persons boring engagement photos the husband was forced into, you can calmly say “oh wow, I’m so happy for you”, throw them back on table for their next victim, and keep your blood from clotting long enough to continue thinking about the funniest way to kill yourself.

A man can only be at peace when he’s dead inside.

Hey, speaking of funny ways to kill yourself… 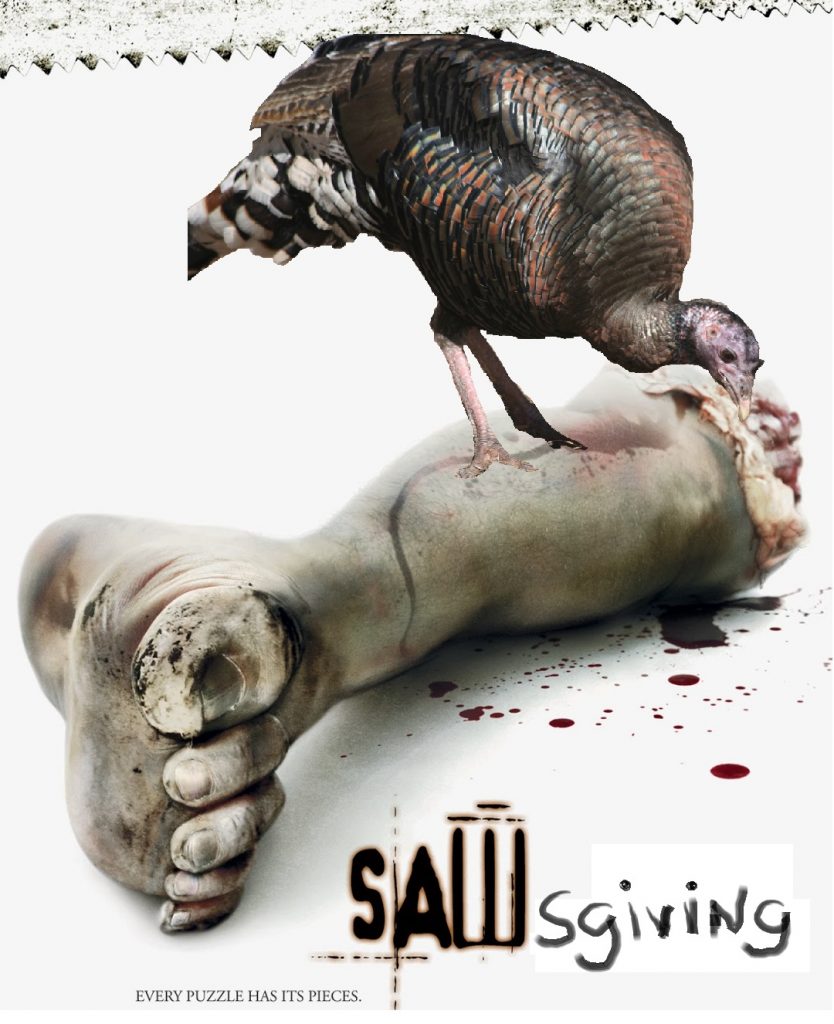 I speak of course of that special time of year when you sit down with a few of your less than intelligent buds and trick them into watching all seven Saw movies for your own sadistic form of amusement.

But when some loser you know is crying about how scared he is to watch the Saw movies and all the nightmares he has just thinking about them, it’s your duty to destroy their lust for life, cripple them emotionally, and release them back into the world as a new man. Empty and cold. A REAL man.

Of course this all comes at a price, as you too will be subjected to watching about eleven hours of Saw. Just remember what I said about being dead inside, and you should be fine.

For my friends this was an unwanted journey of rebirth, but for me this episode is the story of how I, your trusted hero… BECAME THE NEW SAW!!!

Hopefully this new upcoming Saw movie can capture the spirit of my altruism.