Being gay isn’t a crime, and it shouldn’t be.

But making gay movies like Blade Runner should be. Have you seen the colors in the original Blade Runner? All sorts of greens and blues, and pinks – what could be gayer than pink?

How about that poetry Andy read straight at the beginning of our episode? You know, the one from the original 1982 Blade runner?

If poetry isn’t the definition of gay, then I don’t know what is.

Speaking of things that I don’t know are gay, it turns out I’m receiving an award from the Society of Sitters for advocating for the rights of minorities nationwide.

An Award For Supporting Minorities

I never realized how great I was until I noticed I was doing something in the minority: peeing sitting down. I thought I was just a normal everyday guy until I realized I could be a superhero for sitters everywhere by revealing my dark past.

What a future: paid public speaking gigs, acting gigs, Muller-branded toilet seats – all ways I can use my newfound power to encourage sitters everywhere. Don’t worry sitters: soon you’ll be getting discount toilet paper and sponsors for no-zip jeans.

We can finally form an alliance against the standers, once and for all.

I call it the SS – Sitters against Standers.

Anyone using non-inclusive standing-only language will be silenced or economically crippled. Schools will teach young children to accept sitting as normal behavior, and that if they DON’T want to sit, then they’re sitphobic – and you can take that to the bank!

Sitters can sit tall nationwide – all under the banner of the SS!

Now let’s kill this joke while we’re ahead; before a mob of SJW’s finds an incriminating tweet in yet another role model’s life so we can steal his job and shame him into silence, biding his time until he can vote for a conservative candidate as revenge.

Being Angry Definitely Shouldn’t Be A Crime

But ruining the audio during the intro to the podcast because he can’t shut the hell up sounds exactly like the type of thing a woman would do. Instead, it’s our “real man” Andy, screaming at the top of his lungs

The funny thing is that his voice ended up sounding pretty tinny and echoey instead of strong and powerful – all because he had to back up from the mic rather than just controlling himself.

Great job, none of us.

As promised, here’s a clip that our guest JonoVision produced for us a few years ago.

And JonoVision said I wasn’t a visionary – what a fool.

To make good on another promise…

…Here’s A Picture Of Muller As A 13-Year-Old

Tricked you. Turns out that the above phrase is all you need to get on some government pedophilia watchlist. Better watch your back!

Ps. I’m on the left. My parents didn’t even make me use a helmet when biking with that hair. 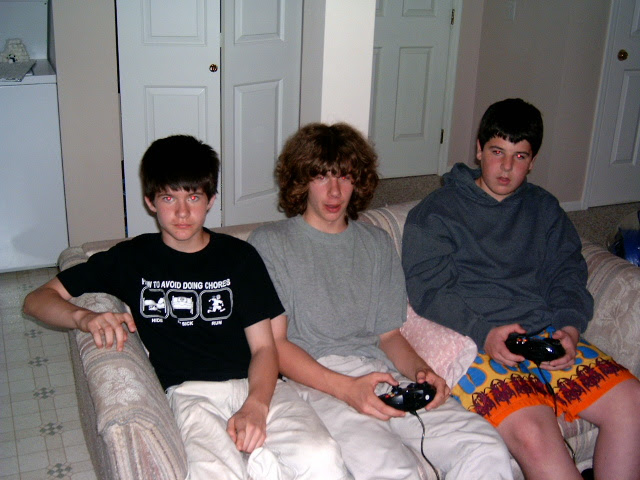