I find myself pondering just what it is to be a REAL man. Most would consider this someone who builds a better world today to benefit the people of tomorrow. Modern internet police would have you believe that men are actually the opposite, someone who keeps today’s world in ruins only to benefit himself, and you know what, they’re right.

Though they say it as if it’s a bad thing. But what better display of strength than proving I can destroy anything built by others, who mistakenly thought I wouldn’t.

A REAL man has to stand taller than the rest, on the ruins of what everyone else worked their hardest to achieve.

So looking back at year one, what can I take pride in saying I truly ruined? Well you could say I started small, started with something weak, the weakest thing I know actually. That thing is Muller.

When I first met Muller he was as bright-eyed and good-willed as they come. But I took him under my wing and showed him what the world really is, a pile of starch and empty calories to be chewed up and spit out on the face of those who love it.

But now after one year and the events of SAWSgiving I am releasing him out into the wild to turn all the joy in your life to ash. And this episode, Stranger Things 2 will be that ash. 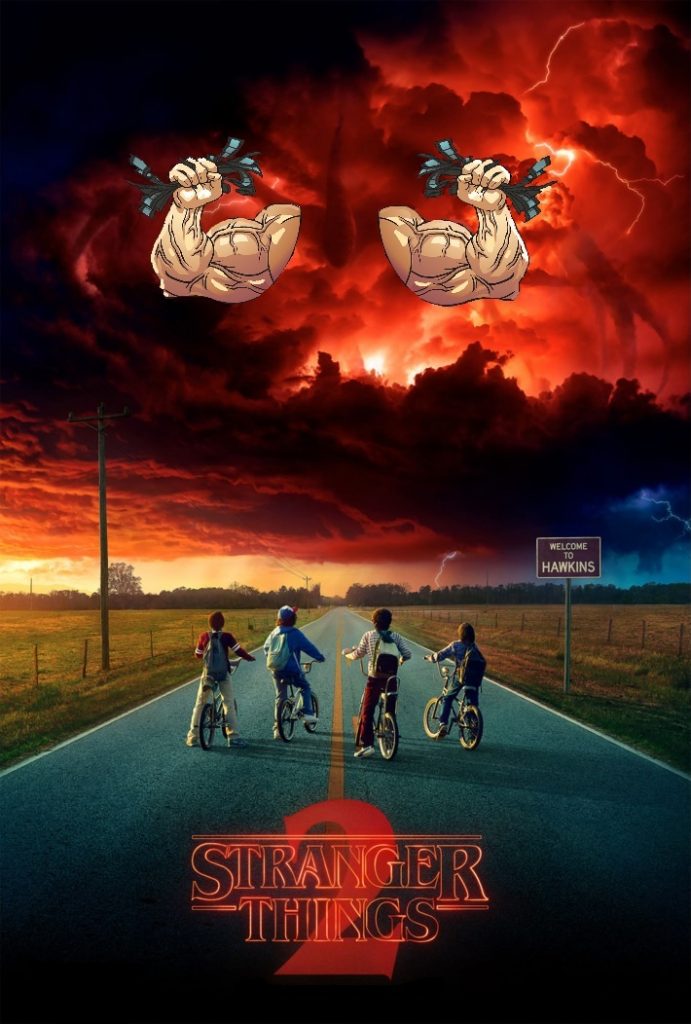 Even a cynic such as myself can take season 2 of Stranger Things for what it is. A decent follow up that ultimately didn’t meet the expectations of the first.

But Muller didn’t seem willing to accept it as that. The slight smell of blood was enough to excite the nostrils, as he sunk his teeth into the flesh of everyone’s Netflix darling. Like a hungry, rabid dog with an appetite for destruction leaving no room to accept anything less.

Looking at the torn up corpse of Stranger Things 2 only serves as evidence of how much I’ve ruined Muller’s once good-spirited character. I suppose most would feel guilty about taking such optimism and covering it in blood and filth, but I actually feel pretty good about it. Even though I felt Stranger Things 2 was mostly decent, I can take pride in my ability to create a monster that wants to destroy it.

The first step in creating a new world of degeneracy in the ruins of the old world. Muller was just year one…