I have never seen a demographic more easily manipulated than the current nerd culture. I think they might be worse than 13 year old girls with modern hit boy band Hanson. Kids still like Hanson right?

The only reaction they should have is shame. Shame from realizing their whole identity is predicated on sucking the dick of some marketing executive that knows exactly where to go to expel every ounce of bodily fluid as quickly and carelessly as possible.

Fuck you, you stupid nerds.

Special guest Asterios Kokkinos comes stumbling into the episode late, covered in some kind of thick white substance that he assures us is just tzatziki sauce, and nothing to do with any kind of private audition with a Disney executive producer. It was hard to tell over FaceTime, so we’ll take his word for it.

Calling in all the way from New York to expel a different kind of bodily excrement (the brown kind) all over Star Trek Into Darkness. 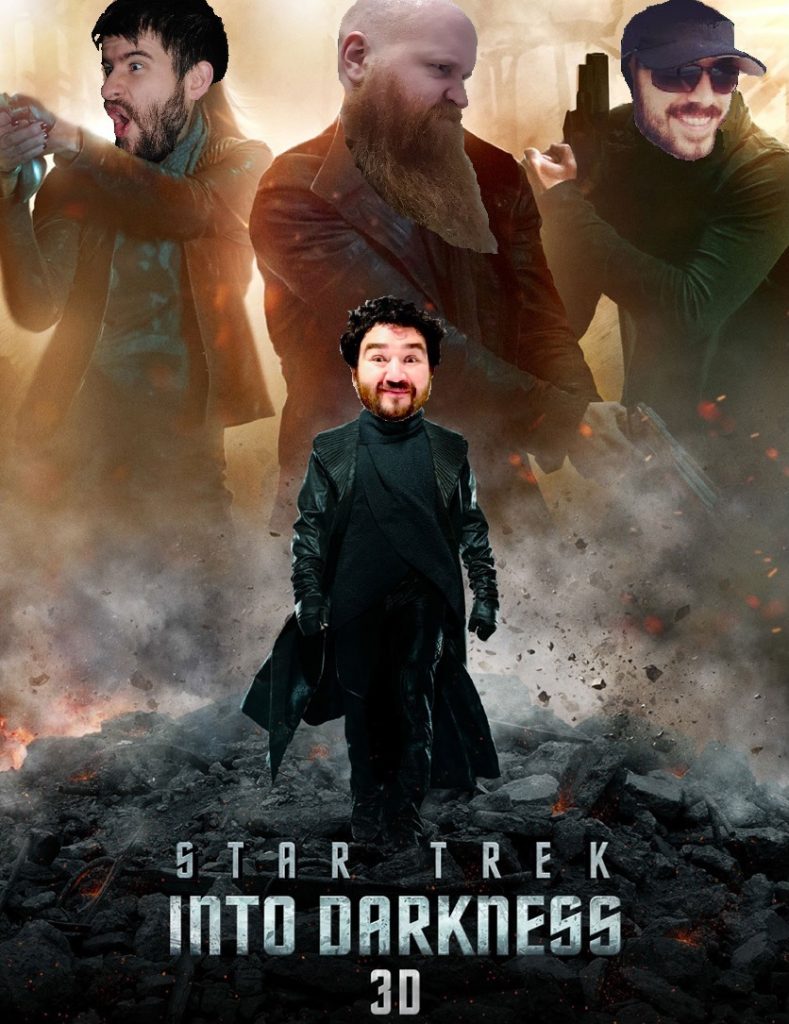 I can assure you, this was far more Star Trek than I ever cared to talk about, and ever will again. Thank goodness we had the enjoyment of watching Muller actually break a sweat trying to conquer the logistics of recording a conversation between us and some dood pretty much all the way across the continent.

Look, you might think you’re such a clever fuck for pointing out that a show “with REAL men” is actually just a bunch of losers sitting around Saturday night recording themselves talking about Star Trek. But listen, you (not clever) fuck, the distinction lies in how much shame I felt doing so. As stated in an early forgotten post on this very site, the world would be a better place if everyone was just a little bit more ashamed of themselves.

A REAL man can admit this.