Modern interactions online might have you fearful of the dangers that unfiltered ideas could have on our culture and society. Many leftist/progressive/liberal types seem to argue that free speech is perhaps not the ultimate virtue it’s purported to be.

But those people are all annoying.

They’re constantly pissing and moaning about “oh boo hoo, you shouldn’t make fun of people just to make yourself feel big” or “waahhh, certain groups in society have been unfairly marginalized in a way that keeps them at the bottom of a social hierarchy”.

Look I’m just trying to call my friend a fag cause he sits down to pee, and only chicks sit down to pee. Could you fuck off for just a minute with the accusations of sexism and homophobia. Let me get this outta my system before we enter political discourse, or else I’ll bring it there.

It’s always been bizarre to me that my generation (the older end of millennial), the one that grew up having to defend the non-effects of violent video games/movies/music/violence on culture against annoying aging religious prudes, is now the generation screaming about the negative effects of hilariously homophobic jokes on modern culture to aging people espousing the merits of free ideas.

God I miss the Wild West days of the internet.

With how much my generation was constantly integrating cruder and more offensive media into everyday life, I really always thought we’d be the ones shoving old ladies over to ensure a better spot in the grocery line.

Where did we go wrong?

Speaking of the dangers of technology and culture…

Today’s episode is all about The Lawnmower Man. 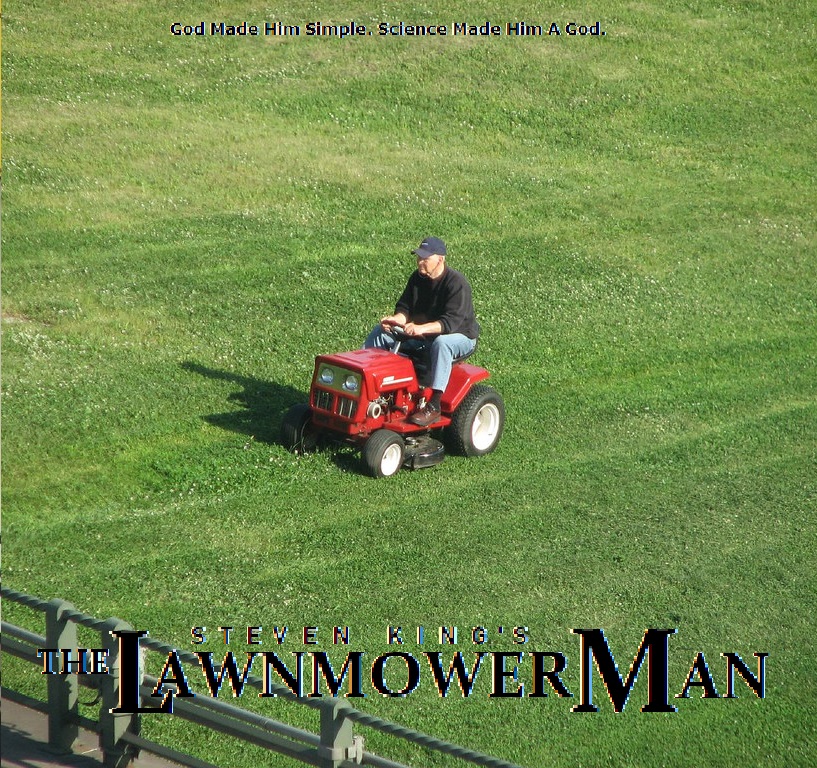 A movie that also feared the dangers that unchecked technological progress might have, based on absolutely NO understanding of how any of that technology actually works. How’s that for tying it all together?

Lawnmower Man deserves at least an honorable mention in the grand list of “so bad it’s funny movies”, that it so far has been excluded from.

A monkey dressed like Robocop engaging in gunfire, some widowed cougar banging the local retarded boy, virtual killer bees on the loose, and a man’s brain being eaten by some other dood that has a lawnmower for a mouth.

If that doesn’t entice you to consider giving it a watch then I don’t know what will. At the very least you could give our episode a listen instead, so I can bask in the sweet sweet satisfaction of a high number of downloads to fill the void that a lack of actual achievement has created.