Finally An Episode That Contains 3 Movies!

You read that right! For the first time since episode one, my co-host idiots were both competent enough to bring in an actual movie to discuss.

To kick off our Most Hated segment, Andy and his sexy beard bring in Neil Blomkramp’s attempt at a Short Circuit remake. If you recall, Short Circuit is that movie with the lovable Johnny 5 and the white actor whose skin they coloured brown to play the role of an Indian scientist. 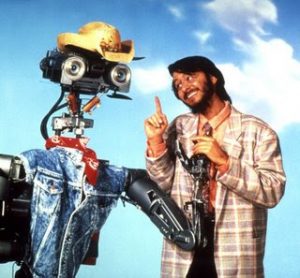 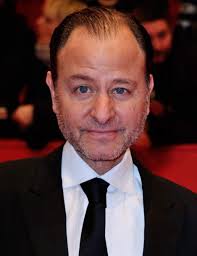 I wonder if I can use my NES to upload my consciousness into Johnny 5.

Darkness Falls (on its face)

Then I brought in the scariest film I saw during my senior year of high school. The Ring? Nope. 28 Days Later? Give me a break! Cabin Fever? Oh shut your whore mouth already! I’m of course speaking of DARKNESS FALLS!!!!

You know, the super scary movie about a killer tooth fairy. You don’t remember? She’s the flying generic witch lady that wears a boring white porcelain mask and visits you when you lose your last baby tooth. Don’t look at her when she comes to visit or else, well, you get the idea.

If only Muller would hurry up and lose his last baby tooth, then she could pay him a visit and we could finally get him off this podcast once and for all!

Last but not least, well who am I kidding, of course he’s least! Muller brings in Crimson Peak. From one-hit-wonder Guillermo Del Toro comes another lame ghost story about people living in a house trying to solve the mystery of some unsolved murders or something.

I don’t really remember what happens in this movie. The only thing that kept me awake in the movie theatre was the constant jump scares. They made me feel so cheap and used. If the only scary things that happen in your movie are sudden loud noises, then your movie sucks!

Don’t forget to vote for your MOST HATED MOVIE EVER (of the week)! See you later, losers!