Disclaimer: you’re really not going to know what the hell these posts are going on about if you haven’t listened to the first 30:00 of the episode.

A Real Man’s Guide To Morality

The best way to be a good person is to have better stuff than other people.

A real man drinks the best wine. He owns an upscale that acts as a status symbol to send signals to all the weaker men that he can dominate them. He’s the boss of other workers, and they know it.

Most importantly, he drives a classic car. This is the true hallmark of virtue.

Anyone that claims that their boring grey 2008 Hyundai Tucson is as cool a 1960 Pontiac is shitting themselves. 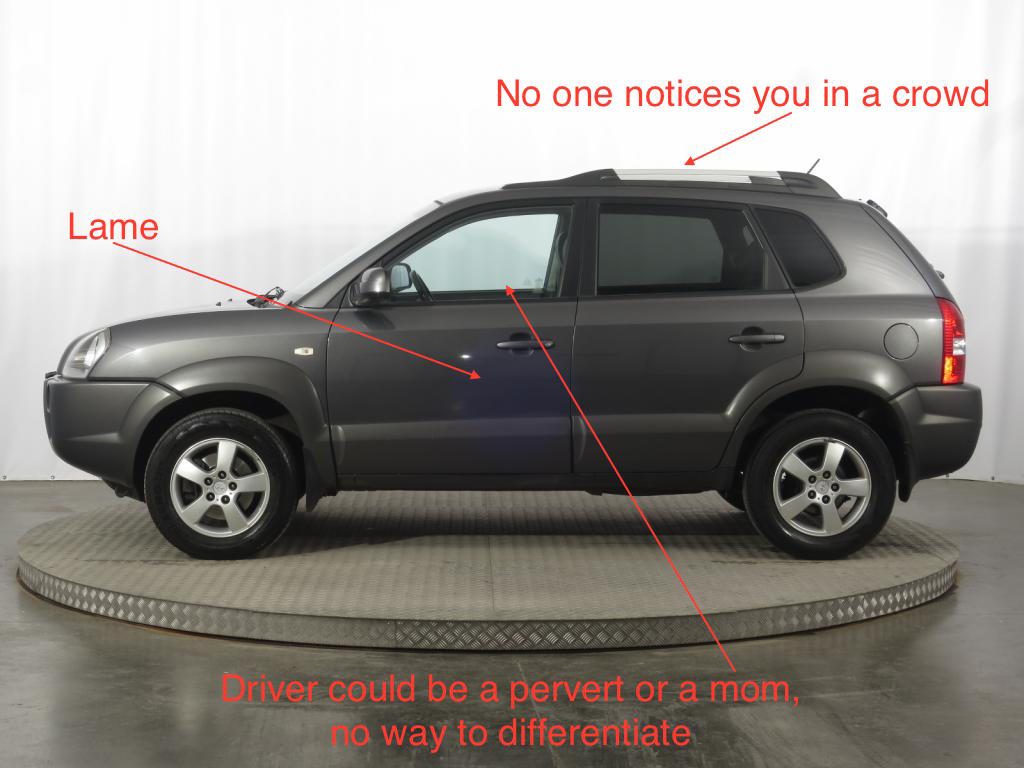 It turns out that Andy and Richard truly are bad people, displaying the egregious sin of pride in what’s clearly the height of arrogant self-deception.

Relativism Is For Pussies

Have you ever noticed how every time someone is about to lose an argument they just say some crap like “it’s subjective”?

That’s because they’re pussies who don’t understand the terms of the conversation. It’s like when someone says “Yeah, my 1989 Honda Accord is just as good as your Bugatti Veyron, because it’s subjective”.

No, it’s not. A Bugatti Veyron is $1.7 Million and your Honda Accord was “inherited” from your grandpa before he even died because he was just going to send it to the trash heap anyway.

You might “prefer” it, but it’s 100x more likely that you’d take the Bugatti given the choice. You’re just trying to make yourself feel better for not having something cool.

Relativism is about redefining the world around you so that everything works in your favor:

As you can probably infer, just put an asterisk* and then “AKA a lame way to make yourself feel better instead of trying harder” beside each of these bullet points.

The fact of the matter is: some things are better than other things.

There’s a postmodern idea in western culture today that says everything is subjective and relative.

Newsflash: it’s fucking not. SOME things are subjective, and a whole lot of other things are objective.

Chocolate ice cream VS vanilla ice cream is subjective. Bugatti VS Honda is not. I personally would feel like a dick driving that ugly Bugatti, but at the very least I can sell the Bugatti and get a classy car I really want.