“Why do they only talk about movies they hate?”

Why not? That’s why.

Maybe Muller’s inclusion in this podcast has confused you, but this is a show for REAL men (including the ones that are women). And if there’s one staple when it comes to being a man, it’s HATE.

Maybe spend a few minutes listening to someone preach that love is what the world needs right now, and see how much fun you have. Or maybe just tune in next week, who knows?

But for now HATE is what’s on the menu.

This episode I go again at the record for the most downvoted Most Hated Movie EVER by bringing in Jurassic Park.

What? Just because a movie’s great means I can’t hate it!? I thought we already went through this. As a man if you want to truly love something, you have to establish how much you hate it first.

So go ahead, vote it down ya morons. I don’t give a shit. Have fun in your green-screen, post-production nightmare world. Meanwhile I’ll be over here cooking up a delicious grilled HATE sandwich while spitefully watching Predator for the 200th time this year.

Then Braden channels his inner tween magazine and tells us all about the new hit TV show, Riverdale.

That’s right, when I think about what the kids are into these days, I still assume it’s magazines that debate who the hottest member of Hanson is.

Similar to last episode, Braden discusses his theory that Riverdale is just a bizarre rip-off of Twin Peaks set in the Archie universe. But I half-expect he just used this as an excuse to stare at all the teen hunks featured in this high school setting.

I might actually check the show out if a later season includes Predator or some other terrifying monster disemboweling the entire cast.

ONLY TIME WILL TELL!

Then we finish off the episode by accidentally letting Muller speak long enough to talk about Orange Is The New Black.

You know, the show that lures you in with the promise of some sweet lesbian prison action, then flicks you in the balls with some annoying liberal pandering. Hey don’t look at me SJWs, Muller’s the one who brought it in to shit on. He’s the one you need to campaign to have fired at his completely unrelated job.

Don’t worry though, I half expect he only brought this show in to fixate on a bunch of lesbians, who his silly religion has been trying to convince the world are just a myth.

You see I just assume everyone around me is always up to something disingenuous. Lying about your true motives is what being a REAL man is all about.

Hopefully he got what he wanted out of it. Though I’m pretty sure this show is all wanna-be progressive and gonna try to convince me that not all female inmates are going down on one another. Good luck with that.

Speaking of progressive, check out the new logo for the upcoming No-Female Ghostbusters movie. Looks pretty promising to me, and definitely not like something I whipped up in a few minutes in MS Paint. 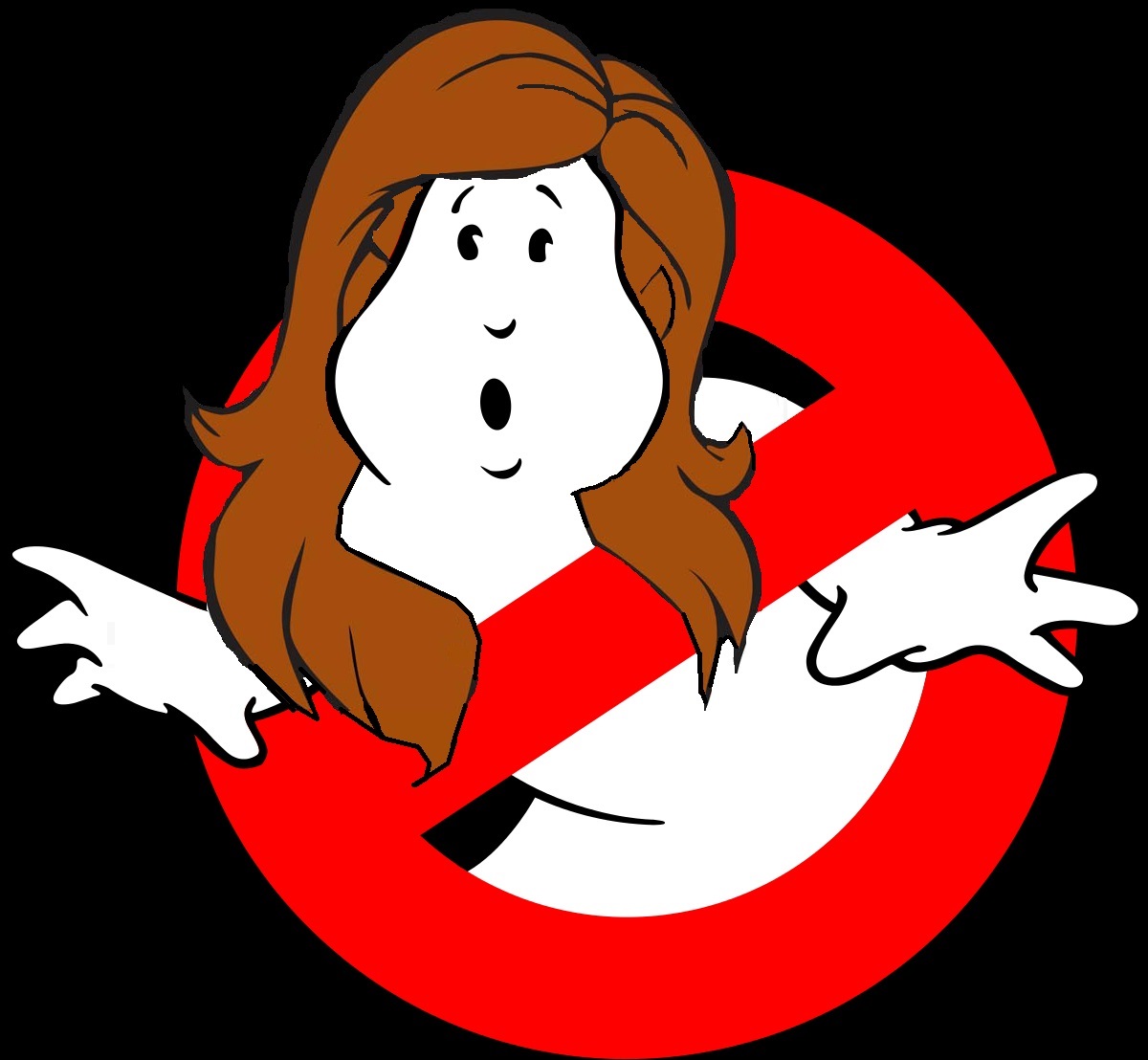 Eat shit and thanks for listening.